What Is Debt Settlement and How Does It Work?

What Is Debt Settlement and How Does It Work?

Some of the links on this page may be from our sponsors. We provide you with helpful information and access to resources. Learn more about our mission and advertising.

Debt settlement is a process; it’s also not the best solution for everyone. Some situations will benefit from debt settlement, while others might be made worse off.

When you settle debt, it essentially means that you and your creditor (who you owe money to) have agreed to a payment amount that is less than the original amount owed. That's the end result – but it’s not as simple as calling the bank up and asking if you can give them $7,000 instead of the full $10,000 you owe.

How Does Debt Settlement Work?

Debt settlement, also referred to as "debt arbitration" or "credit settlement", likely only becomes an option when you have missed several payments, are about to default on a debt, or have had a life-changing situation that prevents you from meeting minimum monthly obligations.

Without the factors above, it is highly unlikely a creditor or collections company is going to help you reach a settlement. If they have any reason whatsoever to believe that you have the means to pay the debt off, they're going to try their hardest to collect your debt in full.

Not every type of debt can be settled – secured debt isn't possible to settle. For example, you cannot settle your mortgage debt because the bank can simply foreclose on the home. Similarly, with an auto loan, the lender can repossess the car. Settling debt most often occurs on unsecured debts that are not backed by collateral. The most common types of debts that get settled are credit card debt, medical debt, and personal loans.

Debt settlement isn’t a “get out of jail free card” with no strings attached. Even the companies that promise to settle your debt for less than half of what you owe can't entirely shield you from the risks associated with settling debt.

Your Credit Will Suffer

One of the biggest risks you take when settling your debt is a nasty hit on your credit. Even though the final debt amount is agreed on, and even though it’s paid off, your credit report will now show that account as having been “settled.” You even run the risk of the account being listed as “charged off” which is the same designation it gets when sent to a collections agency, or whenever the creditor essentially gives up on trying to collect your debt. 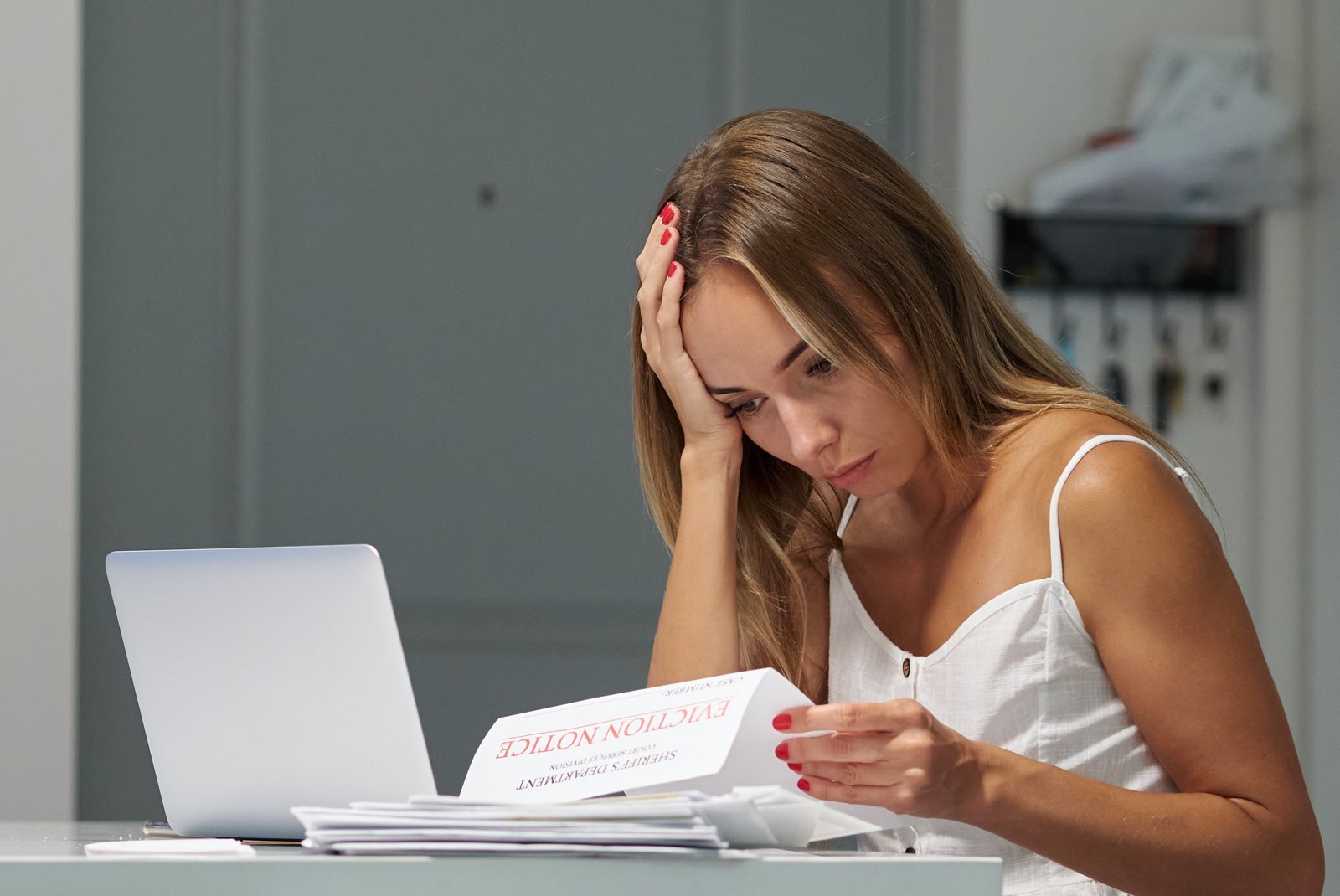 During the debt-settlement process you will still probably rack up fees and interest. Late charges, various penalties, and the interest will keep adding to your final balance until the amount is officially paid off.

Because interest, fees, and fines from your creditors will continue to accrue, and because of the costs that debt settlement companies charge, you might not even benefit from taking this route as the final cost in the end could be more than it would’ve cost to just pay the debt off yourself.

You should consult a tax professional one this one just to be safe, but you will likely still owe taxes on the amount that was forgiven. Using the example above of owing $10,000 and settling for $5,000, you will probably have to pay taxes on the $5,000 that was forgiven. Even if a chunk of that forgiven debt is eaten up by fees from a debt settling agency, as far as the IRS is concerned, that reduction in debt is taxed essentially as if it were income.

Is Debt Settlement A Good Idea?

Whether or not debt settlement is a good solution depends on your situation. Your credit will take a huge hit, you’re going to still be paying a lot in settlement fees and a lot to the IRS, and you’ll still likely accrue interest and other fees along the way. Additionally, the process isn’t exactly a quick fix. It can take months to agree on a debt settlement amount, and even longer to pay the agreed upon amount.

Even when the debt has been paid off, and you’re off the hook for all payments and fees, and your taxes are paid, you still may feel the burn from having settled the debt. It can take up to 7 years for the unsecured debt to fall off of your credit report. This means anytime you want credit extended to you, whether it be for a new car, a new house, or anything in between, you’re going to likely either face a denial or face higher interest rates if approved.

Debt settlement can work for some people, but it isn't the only option.

Call The Creditor Yourself

As long as you haven’t been missing many payments, and the account hasn’t gone to collections, just call them. It’s possible they can adjust your interest rates and monthly payments. They want your money and if they feel you slipping away towards debt settlement, they may make an offer to try to keep you making payments.

Many creditors offer special relief in the face of life-changing events. This can be from job loss or even the death of a spouse. Additionally, some loans have debt protection services built into the monthly payment. Check your loan papers or call the creditors for more information.

Believe it or not, filing for bankruptcy is often a better choice for many people out there. Sure, it will trash your credit, but so will debt settlement. At least with bankruptcy you can start “re-healing” your credit immediately and won’t have to wait months or years to start working on it again.

By working with a nonprofit credit counselor you may be able to have your debt renegotiated without having to settle.

How To Find A Reputable Debt Settlement Company

So you’ve weighed your options and the only way to get your head back above water is by going with a debt settlement company. That’s okay, that’s just the only route that some people have to take. The good news is that by law they aren’t allowed to charge you anything up front. So it’s free to get started. But how do you know whether or not you’re going with a trustworthy company?

Every company you consider should be checked through the Consumer Financial Protection Bureau, the Better Business Bureau, and your local state attorney general’s office. Because debt relief companies are easily able to pray on those that are extremely vulnerable, you want to make sure the company you’re considering isn’t one to do that.

No Money Up Front

Remember, if a company asks you for any money up front to settle your debt, they are probably breaking the law.

If possible, you should always go with a company whose game plan for you shows the debt being paid off in percentages, not dollar amounts. “By this date you will have eliminated X% of the original debt.” This type of structuring will eliminate your debt faster and leave less wiggle room for both the creditors and debt-relief agencies to charge you more.

If you’re trying to negotiate a debt settlement then avoid companies that promise to call the creditor and “challenge” your debt in an attempt to have it be “invalid.” While this tactic works under very specific circumstances, it’s likely it may backfire and cause more trouble than if the debt had been settled like originally planned.

When you’re drowning in debt it can be hard to see the light at the end of the tunnel. The good news is relief exists, and if you get a company to help you, there are set rules and guidelines that they must follow.

Although unsecured debt can fall off of your credit report after 7 years, it can still make things rough for you during that time. The best thing you can possibly do is to weigh your options and properly educate yourself along the way. Keep your head up, do your research, and be persistent!

Learn how to apply and qualify.

Understand how your income tax is calculated.

Help for Student Loans During the Coronavirus Pandemic

Student loans may be the last thing you want to think about right now, but the government is extending a hand.

If you’re an indebted graduate, few things will sound more appealing than student loan forgiveness. But make sure you know the facts first — here’s a guide to your options.

How To Deal With These 4 Types of Debt During Coronavirus

The financial impact of the coronavirus pandemic seems to know no end, but there are options available to help manage your debts during this difficult time.

How To Refinance Any Loan

Learn how to refinance any loan to save money, pay off the loan faster, or even extend your term if you need a lower payment.

The VA loan is a great program for veterans. It offers 100% financing and flexible underwriting requirements that are easy to meet.

Try These 4 Options Before A Payday Loan

Stay away from unfair and misleading predatory loan options and go with something that has more of your best interests in mind.

Should You Consider Hiring A Credit Repair Company?

How to Quickly Boost Your Credit Score

How to Save Money on Your Cell Phone Bill Each Month

No Credit? No Problem! How to Build Credit When You Have None

How to Choose the Best Type of Mortgage

Saving For College With A 529 Plan